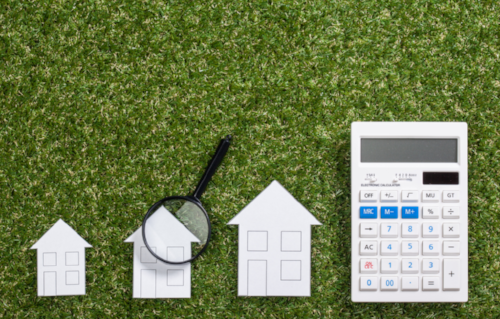 This is a great article from Tim Farrelly, the principal of farrelly’s asset allocation consultancy. Tim is one of the clearest thinkers I know and specializes in tackling popular misconceptions. The article was published on his Linked In group, Just Saying.

Between them the big four Australian banks account for more than 25% of the ASX200! So what happens to the banks is a big deal for the whole index and over the past few years hedge funds from all over the world have lined up to bet against them on the basis that they have a disproportionate exposure to overpriced Australian residential property. To date, those hedge funds have turned out to be wrong.

Notwithstanding residential property accounts for around 60% of the banks’ loan books, the average Loan to Valuation Ratio (LVR) is only about 47%. As Tim points out, while a correction in property prices is never great for banks, but with that level of equity buffer built in it doesn’t necessarily mean a disaster. In the meantime, they consistently pay attractive fully franked dividends.

The banks’ exposure to residential property. A perfect storm… in a teacup.

Time and time again we hear that the Australian banks have a huge vulnerability to a downturn in the residential property market. The shrillest commentators suggest massive losses await – even insolvency. Look what happened in the US! Look at Ireland!! Look at the liar loans!!! Look at the record levels of household debt!!!!

We suggest they may be better served looking at the real life stress test being conducted right now in Western Australia.

Since 2012 we have seen the WA economy contract by 17%, unemployment rise from 3.6% to 6.5% and, according to CoreLogic, median Perth property prices fall by almost 12% since their peak in October 2014. Property prices in WA mining regions have fallen much further.

What has been the impact of this perfect storm on the banks’ loss rates on residential loans?
Well, Westpac has reported that the losses on their WA resi loan book has doubled from 0.02%pa to 0.04%pa. To put this in perspective, if this result was reproduced nationwide, it would reduce WBC profits by an almost invisible 0.6%. This result is in line with the results of farrelly’s own bank stress testing model.

What if things get much worse? What if we test for an implausible fall in nationwide housing prices of 35% and a 10% default rate on resi loans? Our stress testing model predicts that this
may reduce bank profits by around 18%. Not pretty, but a very long way from life threatening. A one-year 20% cut in dividends reduces 10 year returns by less than 0.2%pa.

Despite all the talk, the fact that Australian banks loan books are heavily concentrated in low risk mortgages rather than high risk corporate loans should be a source of comfort not fear.

Which begs the question, why do the equity managers, bond managers and other commentators continue to perpetuate this myth. Self-serving lies or ignorance? Neither explanation does them any credit. We should call them out.

Should you be worried about central banks unwinding QE?