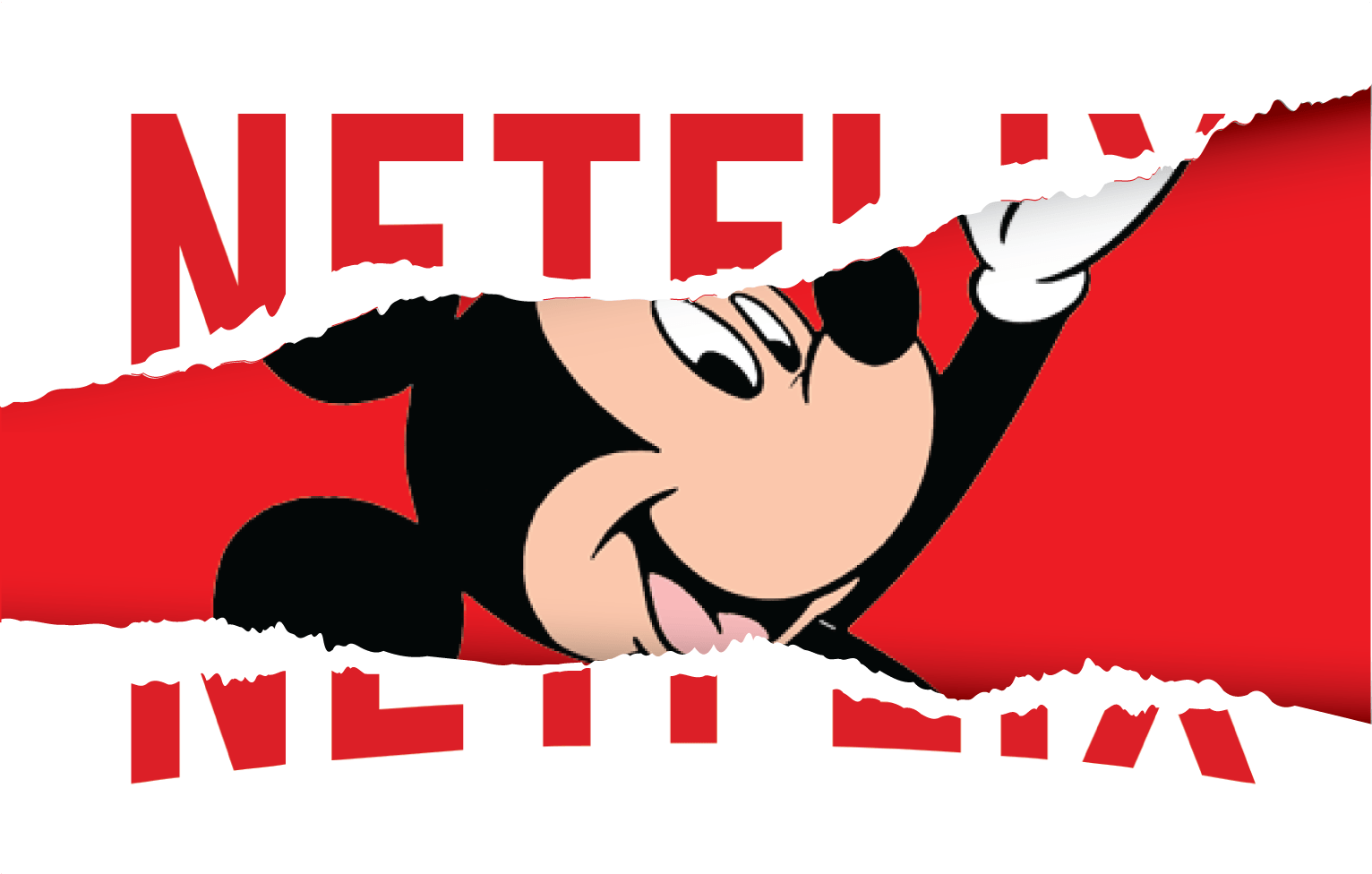 There are some investors out there that are like a cranky old couple, bogged down in irreconcilable differences: should you buy growth stocks or value stocks? The value guys say it’s better to buy $1 worth of earnings for 90 cents and get your margin of safety, whereas the growth guys say it’s better to back companies that are making a dent in the universe (as Steve Jobs apparently liked to say).

I was struck by the following two charts as an illustration of these opposing philosophies. The first is a chart comparing the market capitalisation of Netflix, one of the most (dare I say it??) disruptive companies of our time, to Disney, which at the same age would also have been considered a disruptor but at the grand old age of 95 is now a big, multi-faceted, predictable, earnings generating machine. 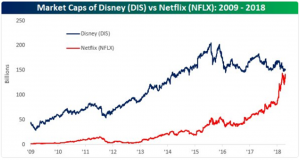 Five years ago the blogosphere was rife with suggestions Disney should buy Netflix, which it could have done with spare change and now the two companies are almost the same size!

But now look at the next chart, which compares the amount of net income generated by the two businesses over the past five years – Disney has generated more than 33 times as much net income.

Chart 2: Comparison of Disney’s and Netflix’s

cumulative net income over the past five years 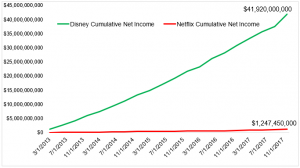 While it’s hard to tell from the red line above, Netflix’s revenues have grown six times faster than Disney’s over that five year period. It just reported revenue growth of about 40% year on year and international subscribers grew 50%. But free cash flow was negative US$287 million for the quarter.

Meanwhile, Disney’s new Marvel movie Infinity War just smashed the global opening weekend box office record with US$630 million in sales. In. One. Weekend. Disney holds four of the five biggest ever opening weekends in the US. However, revenue at the media networks division, which represents 42% of Disney’s revenue and 46% of its operating income, fell 1% from 2016 to 2017.

It’s hard not to be enticed by a story that looks like it’s changing the world, but the question is how much you’re prepared to pay for it. Netflix’s PE ratio is 95, Disney’s is 14. A high PE makes a stock susceptible to big drops if it disappoints the market, and over the past three years Netflix’s share price has dropped by more than 30% at least twice.

The thing is, like a happy couple, if you’re broadminded you can see the merits in both approaches. Owning growth stocks doesn’t mean you can’t own any value stocks. You just have to be mindful of how bumpy the ride can be when you’re trying to change the world.

(With thanks to Michael Batnick) 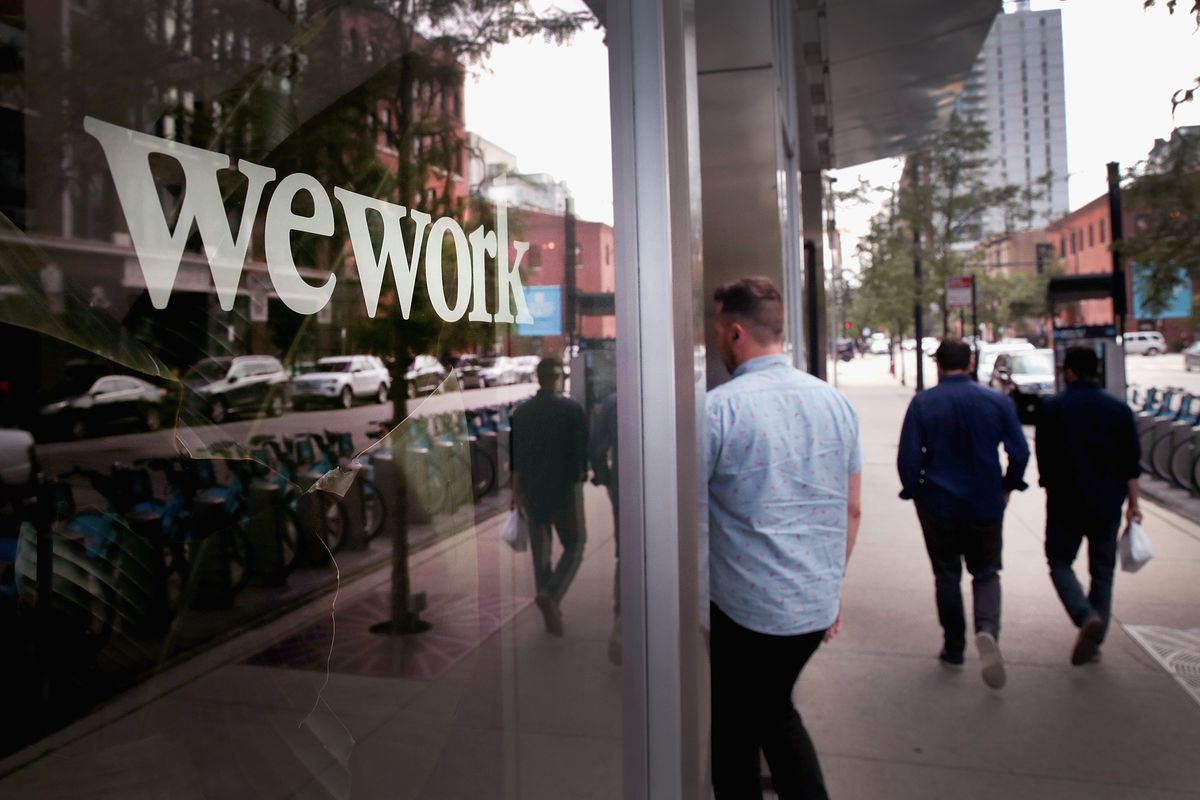 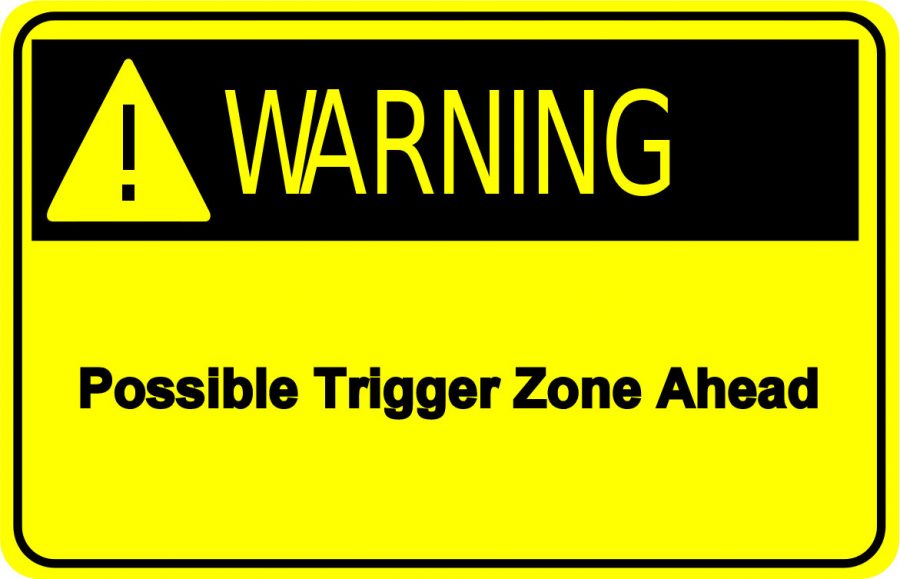