If a government that controls its own currency can never run out of money, why do we have to pay tax? There are a few layers to the way MMT answers this question.

First, just a reminder that one of MMT’s fundamental observations is that a government that issues its own currency can never run out of that currency. Countries like Australia, the US, the UK, Japan, or New Zealand, can always create more of their own money. So it follows that those same governments do not have to rely on raising money through taxes to fund their spending.

In fact, another of MMT’s observations is that the government spends first and then taxes. For many people that’s a challenging idea to grasp, but a way to think about it is that every single Australian dollar that’s out there in the world was issued by the Australian government (or one of its agents, we’ll come back to that another day).

The dollars in your bank account weren’t issued by your employer, and the change you got from the shop the other day wasn’t minted by the shop. Every dollar has to have come from the government. Likewise, the dollars you pay your taxes with, had to have first been created by the government. So, by taxing, the government is effectively taking back money it put into the economy in the first place.

Why does it do that?

Firstly, taxes give the currency value. Not the kind of value that’s reflected in an exchange rate, but by levying taxes that can only be paid in the currency it issues, the government is creating demand for its currency, which forces people to work.

Let’s break that down. The only currency the ATO will accept for payment of taxes is Australian dollars; try paying in gold and you won’t get far, try not paying and you’ll end up in jail.

Plus, a government needs its people to work for the country to prosper, in fact, it needs quite a lot of people to work for it: soldiers, teachers, nurses, etc. If someone wants to live a better than subsistence life in Australia, they have to work, and they will have to pay tax.

Warren Mosler, the godfather of MMT, offers a story to illustrate how taxes and governments work. In colonial Africa, governments needed locals to work, but usually the people were content to tend to their own business. So the government would levy a property tax, payable only in the currency it issued, and if it wasn’t paid, they’d burn the house down. The only way to keep your house was to do the work the government was paying its currency for. Bingo, the currency has value.

The second role of tax is to make sure there isn’t too much money circulating in the economy that could cause inflation – which is, you’ll recall, the bane of MMT. By sucking some of the money out of the economy, the government is able to make sure the private sector doesn’t soak up all the goods and services it needs for its own purposes.

Theoretically, it can also control things like wealth distribution, if it wanted to.

The implications of a government not needing to raise taxes to fund its spending are, of course, profound. For example, the UK government has just announced a 1.25% health and social care tax “to pay for the NHS”. It didn’t need to do that, it could have just announced the higher NHS spending as part of its budget.

Student debt? Not necessary, provided we have sufficient lecturers and facilities to meet demand without forcing prices up to pay for them. Add dental and optical to Medicare? No problem, as long as we have enough dentists and optometrists to meet demand without their prices going up and causing inflation. And so on. A side point: I’ve read and heard a number of people saying, ‘maybe it’s time to try MMT’. Despite (unfortunately) including the word ‘theory’ in its title, as I said at the outset, MMT is simply a framework that uses the rock-solid laws of accounting to explain how money works in an economy where the government controls the currency, much like the ’theory’ of gravity is simply an application of the rock-solid laws of physics. We are already in an MMT regime, so to suggest we should try it is like saying, ‘OK, as of next Tuesday we’re going to try giving gravity a go’. 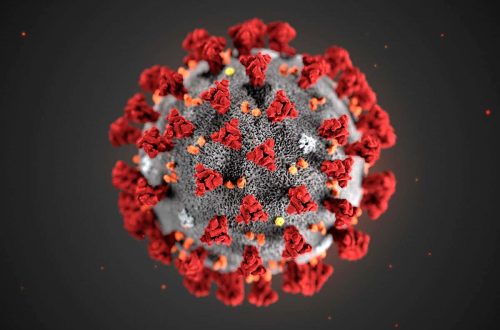